Steel strip is the base material for products you see every day: the can of your soft drink, the doors of a car, or your galvanized steel cupboard. The requirements to the strip material are ever becoming more stringent. The strips have to be stronger, wider and thinner. Steel manufacturers need to continuously improve their processes to meet these demands. Steel sheet is produced by a series of rolling processes, squeezing the steel between two rolls, reducing the thickness with each subsequent set of rolls. In the past decades it has become more difficult to meet the specification requirements with respect to the flatness of the strip. Due to rolling, defects may occur, such as local waviness, often accompanied by cracks or even strip breaks. These phenomena are commonly referred to as ‘pinching’ (Figure 1).

In industrial processes pinching phenomena have been observed in combination with snaking (strip sideward movements) during tailing out, or near the weld between two coils, as well as during continuous rolling. Severe pinches compromise the strip’s quality and damage the work rolls. This results in low product quality, process delays and, hence, in extra process time and costs. Pinching is caused by disruptions in the rolling process which cannot be represented by the simulation models currently available. The main goal of the project is to provide a fundamental understanding of the circumstances leading to pinching and, based on it, to develop a simulation tool which can properly model these instabilities in the rolling processes. The prediction of pinches is an essential step for the development of a control strategy aimed at their prevention.

Antonella Cometa works on the study of pinching phenomena in advanced high strength steels during cold rolling, where the steel is deformed at room temperature. She has performed a set of rolling tests in a single stand pilot mill, creating pinches by applying sudden perturbations in the process conditions.. For the rolling settings chosen in the performed experiments, it is found that disruptions in the lubrication state is a powerful approach to induce shape defects which develop as pinches. By monitoring the strip’s behaviour in front of the roll bite, it was found that non uniform distribution of the lubricant over the width (Figure 2a) lead to uneven thickness reduction, which resulted in inhomogeneous stresses and waviness during the experiments (Figure 2b). 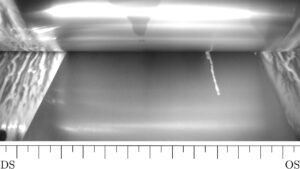 Figure 2a: uneven lubrication in front of the roll bite. 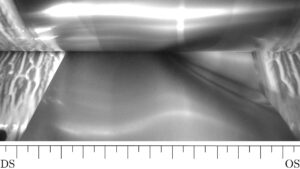 Figure 2b: waviness in front of the roll bite.

Ripples are a prominent feature on pinched strips. Analysis of the cross section of pinched strips, at the location of ripples, have shown the formation of folds in transverse direction (Figure 3). As the buckles which form in front of the roll bite pass through the rolls, folds develop.

Figure 3: Evidence of a fold from the cross section of a ripple defect.

Besides the experimental work, a finite element model has been developed to simulate the occurrence of instabilities caused by non-uniform lubrication (friction) conditions at the roll bite. The numerical tool couples a 2D plane-strain model, which represents the strip’s deformation in the roll bite, and a shell model describing the strip’s mechanical behaviour outside of the rolling area. With this model it was possible to successfully predict buckling of the strip at the side of higher lubrication (Figure 4), in correspondence with the experiments. It was observed that buckling not only occurs behind (downstream) the rolls, but also at the incoming side (upstream).

Although buckling is successfully predicted, additional work is required. The equivalent rolling model does not account for local changes in the tensions, both upstream and downstream, when the disruptions are applied. For this purpose, currently, an iterative model is developed which continually updates the boundary conditions with the result of the preceding simulation steps, via a metamodel. The latter is meant to represent the strip’s thickness strain as a function of friction, upstream and downstream tensions and actual roll gap.

Eventually, the final model will give industry the mean to optimize processing conditions to avoid pinching, by identifying pinching sensitive operative regimes.

The project S16039 obtained NWO-STW funding though the HTM08 call (2016). Antonella Cometa works at Twente University in the group of prof. Ton van den Boogaard under supervision of Bert Geijselaars and Jos Havinga. The work was performed in collaboration with two companies relying on cold rolling of steel sheet: Tata Steel and Wupperman. The project results are of immediate use for industry and will be handed over by means of a transfer of the software developed. 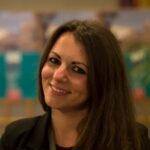 The development of finite element simulation tools for metal forming processes needs to meet new challenges, due to changes in the properties of the formed materials, more stringent requirements and performance criteria for the  processes and the finished products. Therefore, simulation models need to represent problems of increased complexity, involving plasticity,  large deformations, and contact mechanics, with a large number of degrees of freedom. The goal  is to have simulation tools which can accurately predict the material behaviour, with a reasonable computational cost. My research interests are oriented towards the improvement of the accuracy and efficiency of existing finite element models for sheet metal forming.

The promising results of Antonella’s project will be implemented in our follow up projects. It helps us to a better understand the pinching phenomenon. Our goal is to develop a tool that can predict which operating regimes are less prone to pinching, such that we can prevent pinching in our rolling processes. Together with my colleagues Daphne van der Giesen, Derk Jan Wentink, Leon Jacobs and Hans Weel we want to thank Antonella for her hard and excellent work. We also would like to express our sincere gratitude to M2i and TTW-NWO for supporting this research.